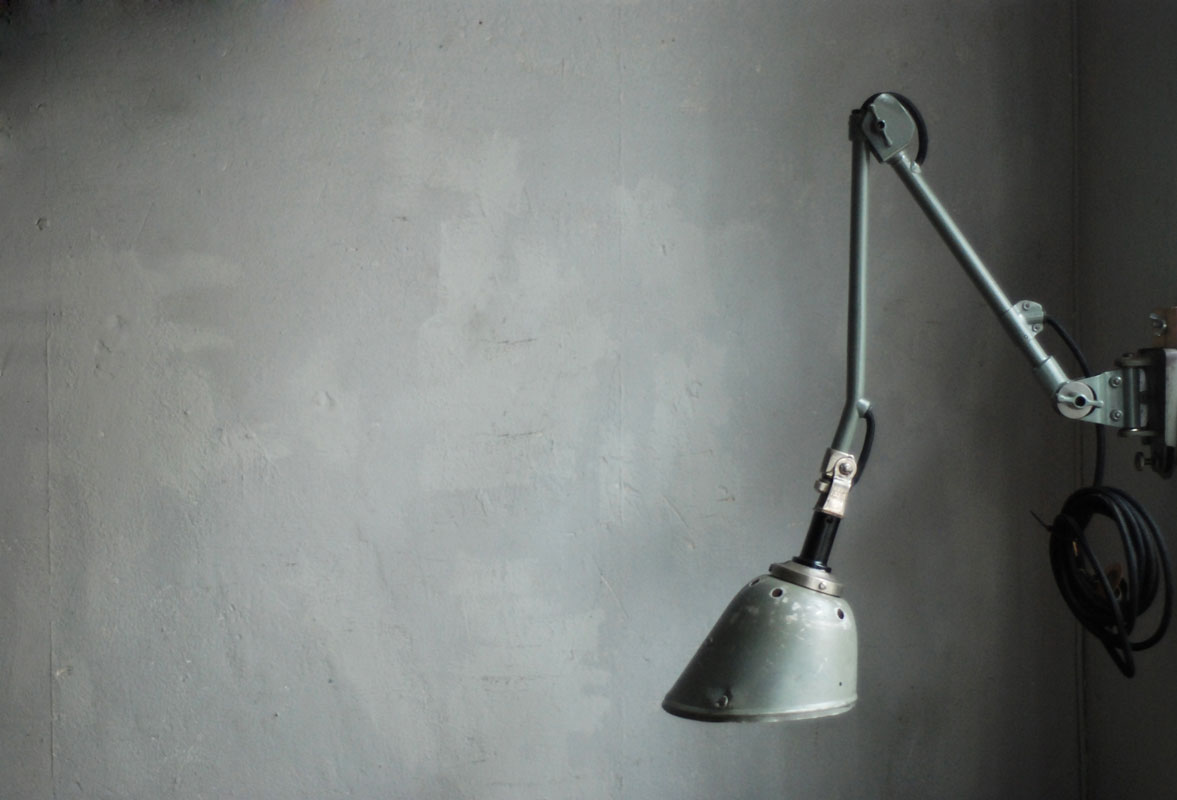 The design of this unique articulated lamp with double joint comes from Curt Fischer, who worked on the idea of ​​”steerable light” from around 1920. Even before the well-known designs by Christian Dell or Marianne Brandt, Curt Fischer implemented the idea of ​​so-called ‘steerable light’ with the workstation lamp that can be moved in all directions. The metal workshop in the Bauhaus in Weimar was lit with Midgard lights and served as a model for the Bauhaus students and can later also be used in the living room furnishings of Ilse and Walter Gropius in their master house at the Dessau Bauhaus.

After the complete dismantling, the elements of the lamp were carefully cleaned and rebuilt, the arms were repainted after rust removal and complete coating removal. The light on head is stamped with DRGM DRP Ausl Pat (before the war.

The lamp is in good condition, according to its age, shows signs of using and age, paint scratches and has a nice patina. The  shade has holes made by a user in the past on the edge. The technic of the lamp works perfectly.

The electrical system was renewed and overhauled with three wires. A black, cloth-sheathed cable was used. The lamp is operated by means of a rotary switch on the  socket.
The rare bracket is intended for screwing onto the wall.
For more details, please refer to the detailed photo documentation.